Looking back and straight ahead

Happy New Year to all my friends near and afar! I hope you rang in the new decade with good health, people you love, and things you're looking forward to!

So.. 2020, eh? Who remembers what happened when 1999 clicked over to 2000? I recall being a very happy kid running around with sparklers, excited to hit the clock past midnight, and watching fireworks dance with spidery legs on the north side of Edmonton. I remember the messy fear around Y2K destroying computers and banks and clocks and stocks (what are those?) and being in total confusion of how people could believe the world was going to 'end' while my 10 yr old mind thought "No way, I'm still playing baseball this summer!".

And just like that, quick fat snap of the fingers, we are in our second decade. I can confidently say that I'm very proud of things I've learned, accomplished and experienced in the last 10 years. Sometimes I wish I could go back in time and tell 16 year old Jenie to relax because things are going to turn out even more wild and exciting than I had imagined - and that I will handle it all not-so-badly!

Back in 2010 I had graduated post-secondary, turned down an opportunity to attend Paul McCartney's school in Liverpool ("no Sir McCartney!"), and moved into a house with 3 other musicians. I decided that I was going to be a full-time musician and I started calling EVERY SINGLE place in Edmonton and surrounding areas that hosted live music.

The earlier part of the decade proved to be years of growth as a touring songwriter. I embarked on self-booked tours I coined "Couch Concert Series" - tours I booked by contacting strangers online (through couchsurfing.org) and asked if I could play a show in their living rooms in exchange for pay-what-you-can and a couch to crash on. This took me throughout Alberta and BC. I started to land a few nice festival spots in Alberta with an EP and a full-length album under my belt. In 2014 I decided I was tired of the, apparently, too-easy commute to Vancouver, and decided I would drive to Toronto. It was my first time booking myself east of Lake Superior, and boy oh boy, did I quickly realize just how superior that lake is. Falling in love with the adventures to be had with my 2 door honda civic, and my portable piano - I continued to drive back and forth across Canada (made it to the east coast) for several years until fall of 2016 when I decided it's time to 'stop commuting to work' and just live in Toronto.

Since moving to Toronto in 2016, it seems like my rocket ship hit the moon and is currently on high speed on its way to Jupiter! I'm in love with this city, with the community, with the different neighbourhood pockets, with Roncesvalles, with Parkdale, with the lake next door, with music happening in venues EVERYWHERE, with the open attitudes, with Mother India, with my friends. It took 6 years to put out another record, and within 6 months of living here I was already knee-deep in the studio. I'm so honoured to have been invited to play prestigious places such as Massey Hall, Kitchener Blues Festival, Montreal Jazz Festival (TOTALLY INSANE LAST SUMMER!!), Salmon Arm Roots and Blues Festival... so many more.

This last year, 2019, was particularly spectacular. I played 200+ gigs - some of which I was thrilled to join The Downchild Blues Band on the road celebrating their 50 years as a band. I also started touring throughout the US which has been a dream of mine for years. Montreal Jazz Festival was truly an all time high for me - estimated 10,000 people at our stage two nights in a row.... I participated in a theatre program for the first time - Soulpepper, explored (and played a show) in New York City with my main squeeze - Andrew, played a festival in Mexico/swam in the ocean for the first time, and welcomed my sister's third baby into this world!

I'm in awe of the many interesting places I've had the privilege to visit over the last decade. Thailand. And Cuba, New Orleans, Mexico, New York City, California, many many other places throughout the US, and almost all of Canada... all these settings, the unique history of each town/country, the people I've met, the different cultures, the on-the-fly-problem-solving .. all continue to shape me.

Sometimes, especially in moments of reflection such as this one, I really believe I am the luckiest person on this earth and I'm overwhelmed by the inspiring people that surround me (and have my whole life!). I'm super pumped for the next decade!! Who knows what's ahead!? Maybe I'll run the Boston Marathon! Or maybe Bonnie Raitt will give me a call!!?????

Thank you to each of you that read my Dear Thai-ary entry. And thank you to every single person that buys records, goes to live shows, and really understands the importance of art in our world! I'm very much looking forward to what's ahead and wish everybody success and happiness in their endeavours! 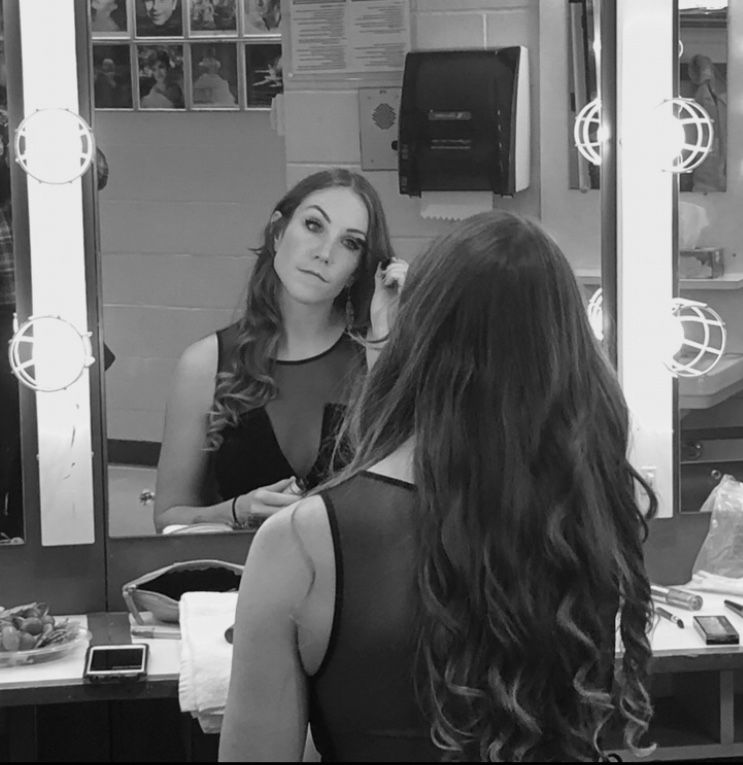