I'm having a beer on Roncesvalles - - - - in a bar I love coming to because I'm totally anonymous (except to the bartender - who usually throws in a free shot haha) and I'm reflecting on how kickass the last year was. In October of 2016, I moved to Toronto and 14 months later I never would have imagined all the great relationships I have now and cool stuff I've got to do!

January: was slow. I remember feeling a little depressed. I wasn't home in Alberta.. I didn't feel like I was at home in Toronto. I didn't have much work. It was winter. Money was tight. However, the Toronto Blues Society was hosting another Blues Summit and I got to play with Suzie Vinnick, Gary Craig, and Victor Bateman which was awesome!! Definitely the highlight of the month, and I'm super grateful to Derek Andrews for inviting me to be a part of that.

February: I represented Edmonton Blues Society in Memphis for the International Blues Challenge, alongside my good friends (and one of my most fav bands) Boogie Patrol (who put on one of the best live shows I've ever seen in the semi-finals... holy shit!!). The best part of that week was going when I headed to a jazz jam on a lonesome/dead/cold Sunday night - - - arrived by myself to find out there was no jam and I was hangin' in a 'haunted' ex-brothel that Ray Charles used to frequent.

March: Held a residency at The Cameron House. This was super super fun because I had a couple different bands supporting me and several awesome special guests. For a while, in Feb/March, my now good friends, Fraser Melvin and Alex Furlott,  would come over to mine and Andrew's little one bedroom to exchange songs/jam - - - for FUN! This never happened when I lived in Edmonton. "Jams" were always rehearsals for an upcoming show.. but the four of us spent the winter together for some solid over-caffeinated RnB. I quickly found out that the guy whose bedroom is right below us loved it........

April: The journey of gigging in Ontario continued. Highlight: THE WILNO TAVERN!!! Oh my gosh!!! I'll never forget it! It was packed and you could have heard a pin drop during the whole 2 hours I played. Also.. those perogies... and sitting at the bar post show with just a handful of us left was also awesome - - it reminded me of small-town Alberta.. where everybody is drinking bottled pilsner and sharing stories of 'way back when'.

May: Highlights - similar to that of The Wilno Tavern, was playing with Bryn Besse in Sudbury at The Motley Kitchen and in Port Perry. MAN! It's sooo awesome to play for people that LOVE TO LISTEN TO MUSIC! Don't get me wrong, playing in a club w/ drinkers/dancers is so much fun.. but playing for a listening audience that came SOLELY to hear my songs is greatly appreciated, and it puts fuel in the engine.. gonna keep driving up that hill.

June: I STARTED RECORDING THE ALBUM I'M GOING TO RELEASE THIS YEAR!!!!!!!!!!!!!!!!!!!!!!!!!!!!!!!!!!!! GET READY! I'm soooooo proud of what we did in the studio. "We" being: Andrew Scott (drums), Andrew Stewart (bass), Brooke Blackburn (guitar), Stew Crookes (engingeer/producer). The 5 of us hunkered down.. in the heat of June.. in Blue Rodeo's studio... and recorded the bulk of what I'm going to release this upcoming year. I've never felt so relaxed and pumped about any sessions in my life. These guys LIT IT UP. I respect all the people involved in this album so much that I was nervous to ask them but the result of what we created is something I'm very proud of and sooo excited to share!!!!

July: Summer!!! Just coming off The North Country Fair (which also ruled... as it does every single year) - - proud moments were The Home County Folk Festival. Sharing the stage with childhood heros Dala.. as well as Dione Taylor w/ Sean Pinchin. Folk Festivals = rule! I'm in my element when I'm sharing the stage with other songwriters. Sometimes spontaneous jams occur, or sometimes one songwriter's story jogs a memory I have which make me think of a different song to share. It's fun because that exact arrangement of songwriters on stage will only happen once! Also - - - Beaches Jazz Fest!!! I'll never forget the street party. There were H.U.N.D.R.E.D.S of T.H.O.U.S.A.N.D.S. of people attending.... I remember the very last set we played, people were sardines building to building dancing/listening/watching.. in the dark.. summer.. no jackets needed... man. Frick! I even saw the guy that is always working the front desk of the gym I go to watching haha.

August: Mega sweet month. Kitchener Blues Festival... ever checked out that line-up? A CRAZY accomplishment to be added to it!! Also, got to play a sweet tour of Northern Ontario. Finally, a drive through northern Ontario in the summer........!! Played a quaint festival in Nestor Falls and enjoyed a personal cabin on the lake.. woke up at 7am one morning to take a swim and I felt like I was the only person in the universe. There was sky, water, silence, and me. Pretty special. I also played this kooky little kayaking communal- like accoms place outside of Wawa and had breakfast next to the guy that did all the graphic design for famous 90s bands like Limp Bizkit. Crazy. And also, another massive highlight was playing my The Edmonton International Blues Festival. Hometown festival! Very cool... the Edmonton Blues Fest followers are a very dedicated crowd, so it was like playing for a family of thousands - amaazing.

September: Canoeing and hiking in Banff with Andrew. Definite highlight. Another was being part of the Canal Bank Shuffle Festival.

October: Right From The Roots Festival in Alberta with my brother and, once again, our good buds Boogie Patrol. Even though the theatre was beautiful and we were treated like royalty... somewhere in the middle of the show, someone snuck backstage and jacked all of my stuff. My wallet, cash, ID, phone, phone charger, computer charger, car keys, house keys, nostalgic backpack, song lyric notebook, gig calendar, make-up... everything. It took me weeks and weeks to recover everything and do damage control. Luckily, I have awesome people in my life that were patient and generous with their help (aka my Dad who took me dumpster diving!!).

November: I PLAYED MASSEY HALL. Enough said. Oh, also, my best friend got married and that was a beautiful weekend too.

December: Annual rock-out gig in Pefferlaw, as well as a million other Christmas gigs, and finished off the year with a PACKED house - 3 nights in a row - with my hometown band Kyle Mosiuk, Paul Bergeron, and Andrew Scott at Blues On Whyte! Also, I should mention that it was -40 C in Edmonton and people still came out. Oh, and seeing my 2 yr old niece at Christmas, in her brand new house (my sister and her husband just built one and hosted Christmas dinner in it!), was hilarious and she had me laughing my head off.

If you made it this far - THANKS for reading!!! I'm going to try and do better this year w/ more frequent updates. It was a busy year - gigging close to 230 times, travelling, adjusting to life in Toronto, and recording a full length album. I'm SO fortunate to live a rich life full of good friends, cool opportunities, and always meeting new creative and like-minded people. Again, thank you SO much for lending your time to my Thai-ary. Here's to another well-rounded and healthy year of growth! I see a lot of homemade lattes in the future - thanks to my sweetheart for a kickass Christmas gift! 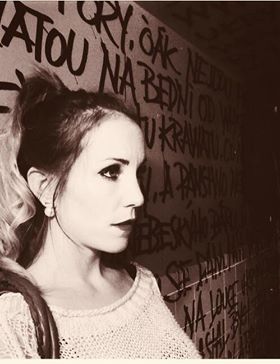